Only a few campaigns manage to change customer behavior.
Be one of them.

Plenty of ads are a waste of money. Our focus is to maximize the effectiveness of yours.

How will Behavio help you?

Test your creative concepts. What can be improved? The ads that we predict to be successful perform much better. Try it on your own concept.

How can you drive emotion in every second of a video? Do you need to make a small change to your edit or voice-over? Which version is better?

How many people truly have your ad embedded in their mind? Did it strengthen your brand? Did it shift purchasing decisions in your favour?

Every month we see millions wasted on ineffective campaings. This ad for Semtex, due to its giant media investment during the Ice Hockey Championship, was seen by 85% of Czechs. But only one out of ten people can recall the advertised brand. Even with this distinctive České dráhy campaign, nearly half of people do not remember the brand. And yet, shown any moment from an Airbank ad, everyone immediately says the correct brand name. What’s the difference? How can you make the most of every euro spent on media? 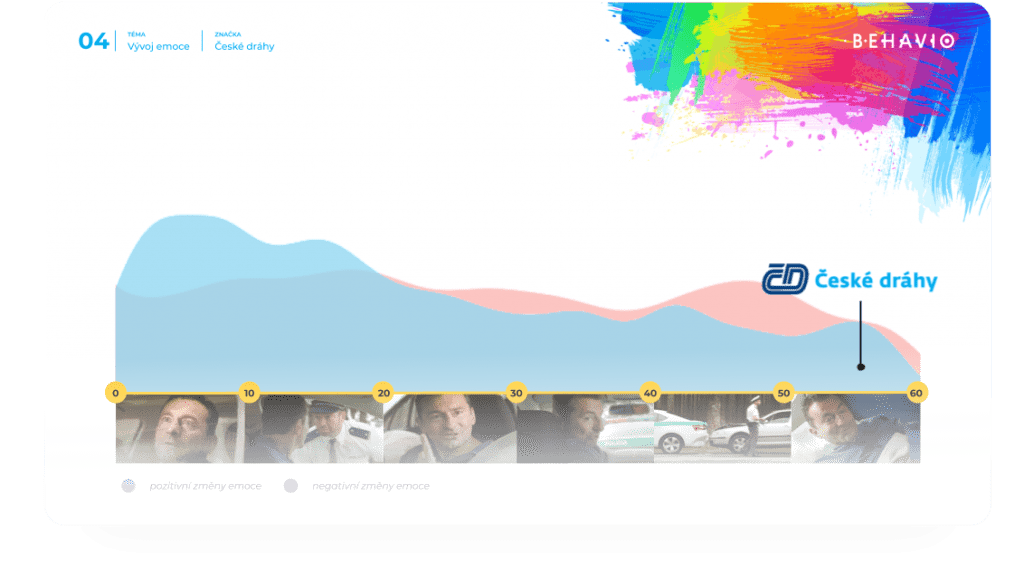 Emotions sell... or do they?

Partially, yes. Our mind remembers things associated with a strong emotion much better. However, simply because an ad is funny or touching doesn’t mean it’s going to influence your customers’ behaviour. Plenty of ads succeed in Step 2: induce a strong emotion, but they fail when it comes to Step 1: connect your brand with a specific need of a customer. The goal of your ad isn’t to win an award for creativity, but for the brand pop up in a shoppers’ mind when filling their carts. This is why the best brands use the most time and space possible to strengthen the connecion between the brand and the need. Compare the Semtex ad (showed above), which was only remembered by 1 out of every 10 people, with the Airbank ad, which was remembered by nearly everyone who saw it. That ad was chock-full of incommutable brand symbols.

We measure whether your concept fulfils the key rules of the subconscious.

The best campaigns play with brand symbols. Again and again.

The memory connection between a brand and a need comes with one major difficulty: many other brands are trying to do the same thing, and the brain often fails in fast, automated processes. Unless the visual, audio, and other symbols stored in your ad are completely unmistakably associated with your brand, the brain will often mistakenly assign them to another brand. For example, we measured a beverage advertisement that included shots of sports, and it ended up actually strengthening the rival brand of Red Bull.

This means: think twice about whether to feature, for example, Ivan Trojan in your campaign, because he is so strongly connected with T-Mobile. This casting decision was one of those which led to half of the viewers being unable to recall the correct brand in the České dráhy ad. Getting less famous but exclusive faces to work with you long-term makes for a much better strategy. You can build them up as a symbol of your brand, just like Airbank did.

We measure whether you are fully utilizing your symbols' potential.

Maybe you’re thinking that repeatedly using certain brand symbols will limit your creative possibilities. The following examples of playful brand symbol variations prove that that doesn’t have to be the case.

Show your brand at the strongest moment

To maximize effectiveness, it’s necessary to look at the development of emotions second by second. The stronger the emotion, the better the brain will remember the things associated with it. Thus, displaying your logo (or other clear symbol) right when the positive emotions reach their peak is the right way to go. As you can see, this otherwise excellent ad from České dráhy, didn’t manage this. The logo comes at the end, when the positive emotions have already gradually faded away. By this point, some people even had negative emotions by the time the logo was shown.

We measure the progress of positive and negative emotions in your video. 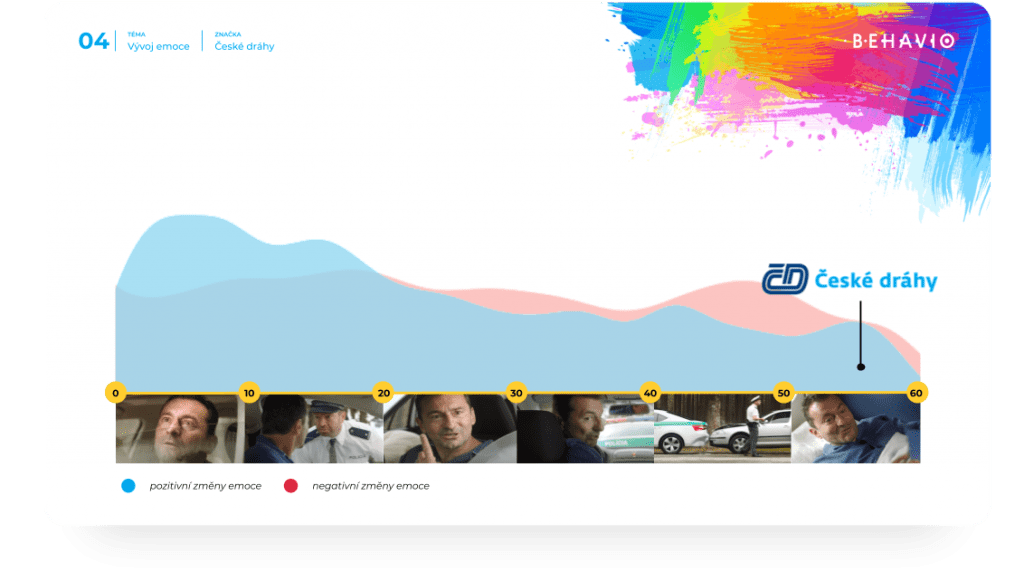 Absolute perfection is not possible all the time. However, something as simple as displaying your logo for less than a second at the beginning of your ad can help. For a telephone operator, we tested an identical ad, with the only difference being that one flashed the company logo at the start of the ad, and the other did not. Those who saw the ad with the logo in the introduction recalled what company the ad was for 33 % more often.

Advertisements that we predict to be successful really work.

For Big Shock, we tested three TV spots. One was ruled out, the remaining two improved and used. The spot that won the pretest was remembered by twice as many people after the campaign finished.

When "Second" is first

In pretest, we measured the potential of two ideas of CZC Christmas campaign and recommended how to improve them. The resulting campaign Truce with the Alza mascot ranks, with regard to its impact, among the best advertisements. Those affected by the campaign have much better emotions related to the campaign and remember the brand much more often before purchase: 54 % to 9 %.

We helped Adriana decide between two brand approaches. We chose the concept that went with top-of-the-line, quality ingredients and haute cuisine. Then, with our recommendation, the client filmed a successful series of ads under the tagline With a love for flavour (S láskou k chuti).

Fast and reliable professionals. They were always able to push us forward.

It’s great to see behavioral science applied so practically when building a brand and improving a campaign.

Behavio does great research work, plus they offer favourable prices, because they are able to automate routine operations. 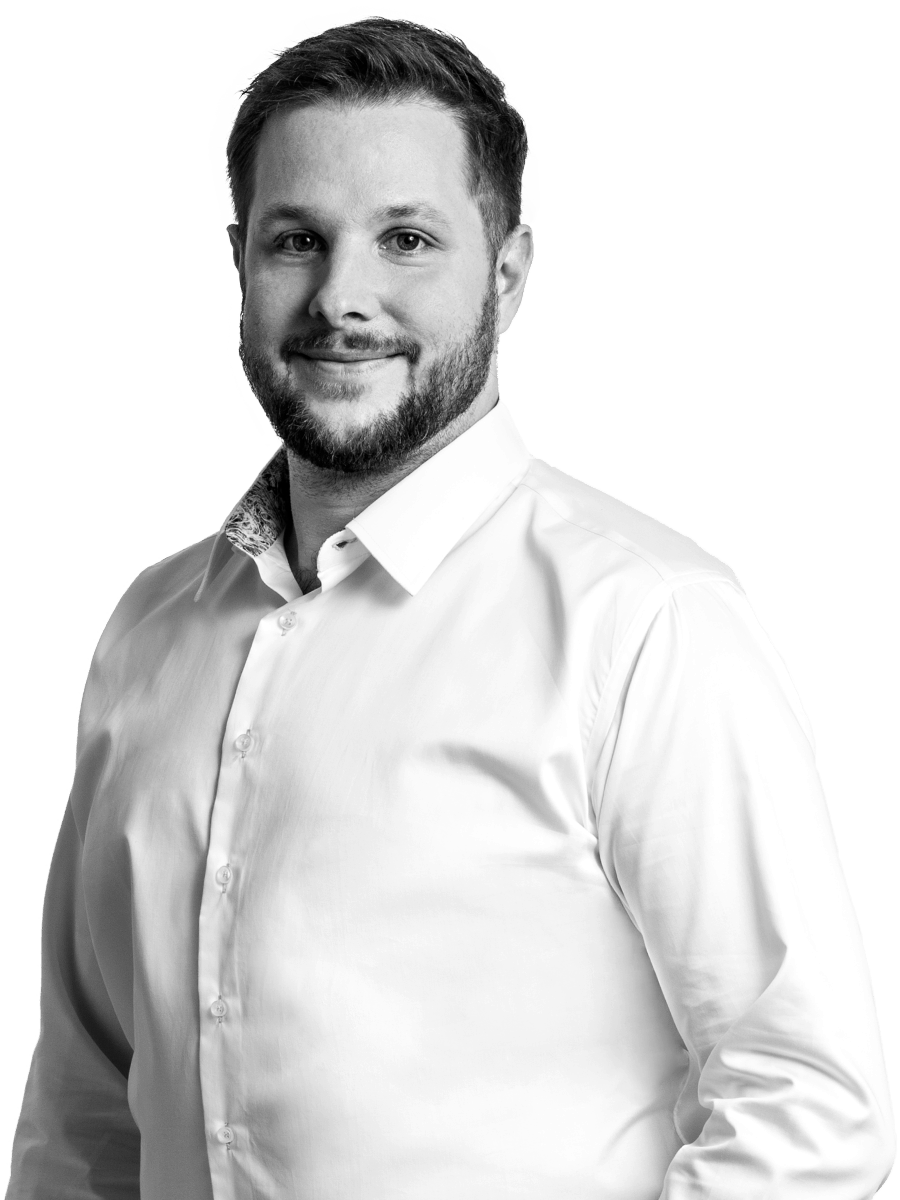 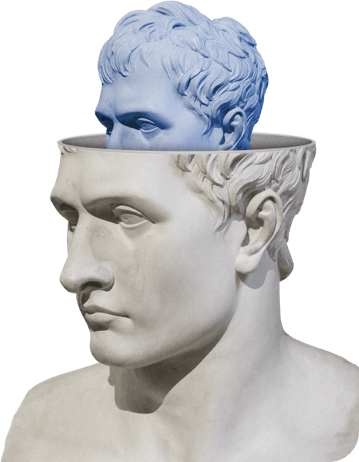